Salable Quantity is greater than quantity

My salable quantity is greater than my quantity. How has this happened? I recently updated to Magento 2 and have been trying to get my head around the MSI but still can't figure out how salable quantity is more than quantity in the case of this and some other products. With the result that I am overselling on stock.

Ideally I would work only from simple stock quantity but I when I disable the manage stock option, I then oversell on the front end as there is no stock control.

Based on your description the root cause of the problem could be one of those:

Late answer but I had this problem too on a couple of items out of 1000's and I could not figure out why. To update the quantities and solve this, since i only have one stock source, I unassigned the products from that source, the assigned them again with stock zero, and then corrected stocks and stock and saleable qty balanced again.

Hope this helps some short term. This is not a great answer, but it is a temporary one so one can correct it and keep a note to try and trouble shoot the circumstances if it occurs again. It happened to less than 0.2% of one of my sites product ranges, it is obviously not a common issue and only time will tell on how to reproduce it! 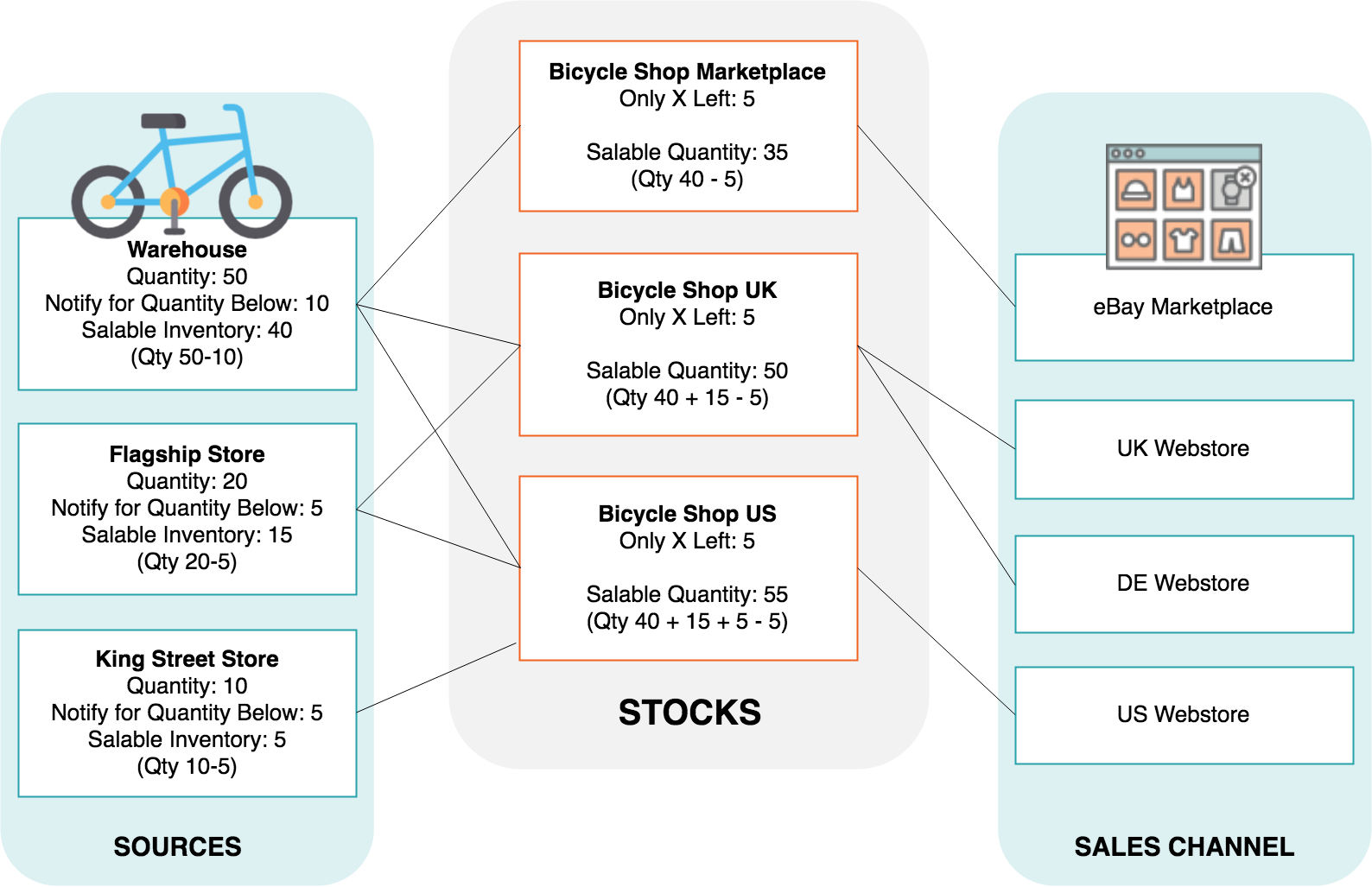 I know this is a bit old but I've encountered this issue on 2 different M2 stores for different reasons and the fix we implemented hasn't been mentioned above.

One store was using a cheap "Delete Orders" extension which wasn't correctly updating the reservations table. The other was a M1 to M2 migration which had Cancelled orders. This meant more Saleable Stock was showing than actual.

There's a section in the M2 documentation about finding and fixing inventory reservation inconsistencies you can see here: https://devdocs.magento.com/guides/v2.4/inventory/inventory-cli-reference.html

The following command shows you all the "fixes" you need to make in order to resolve the inconsistencies in your inventory.

The -r flag puts it in a raw format that makes step 2 of this process much easier. It'll produce lines like this:

Each one can be fixed by running the create-compensations cli command, e.g.:

And you can chain multiple fixes in to one command just by putting a space between the compensations you want to create, e.g.:

NB - If your SKU's contain spaces, brackets, ampersands or other special characters you'll have to escape them with , e.g. "MY\ SKU".

BUT A WORD OF WARNING ON THIS.

Instead, I'd output the inconsistencies to a file:

Then open it in something like Excel and de-duplicate the column. You can then safely run the create-compensations command with this list of unique compensations and voila, your inventory reservations table is up to date.

Not the answer you're looking for? Browse other questions tagged stock quantity or ask your own question.