Results from the 2022 Developer Survey are now available

I'm starting the Elasticsearch 7.11 in my linux, and it works when i run curl -XGET localhost:9200 INSIDE MY LINUX. But the issue is, i'm trying to access this Elasticsearch service started in my linux, inside a Devilbox docker, and when i run curl -XGET localhost:9200 on the CLI inside Devilbox, it returns 'connection refused'·

When i starts the service in my linux and runs curl -XGET localhost:9200 it returns: 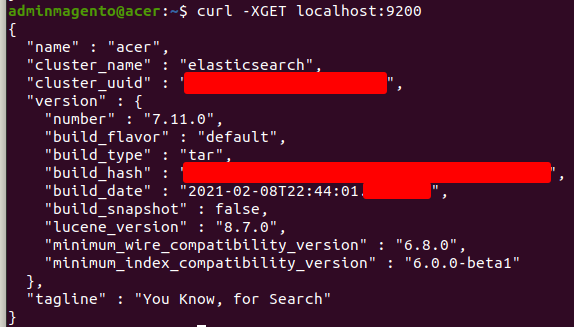 When i tried INSIDE DEVILBOX it returns:

Search for the line that contains network.host, uncomment it, and change the value to 0.0.0.0. Set the network host to 0.0.0.0 to listen on all interfaces and make it available publicly, Incase you want to configure this to be private/local to your machine. You will have to set the network.host to 127.0.0.1, so the content is not public.

If your server only has 8GB of RAM, you must edit this setting. Open jvm.options:

Now change the Xms and Xmx values to 2g: /etc/elasticsearch/jvm.options

solved this issue by changing network.host to 0.0.0.0 and discovery_seed.host to ["localhost", "127.0.0.1"] on the file elasticsearch/config/elasticsearch.yml 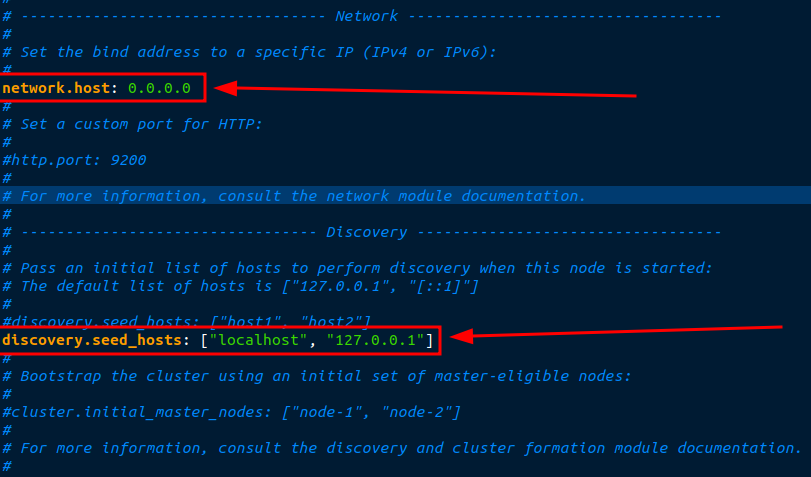 Not the answer you're looking for? Browse other questions tagged magento2.4 elasticsearch linux containers devilbox or ask your own question.