How to move Quick Access Bar to top of header

How to add a Cart Icon to header?

Hello everyone I'm wondering how to move the Quick Access Bar from Below the catalog to I'm assuming I need to edit code? Please help! Thank you so much. NEXT QUESTIONS: -How can I make the bar a lighter gray? -How do I fix the bar to the top of the website? (If I scroll down I can still see it)

go to the header template (located at your_package/yourtheme/template/page/html/header.phtml)

to the top of the code:

The "Magento way" to do something like this will vary depending on your site. You could edit the CSS as suggested - that's a simple band-aid fix that changes where the element is displayed, but not where it is. I would argue that if you wanted to use CSS to position the bottom of your webpage at the top (or somewhere else for that matter), why not just put it there instead of relying on smoke and mirrors?

What happens when the next guy comes along and tries to change the position of something else and not only wastes time realizing it was done with CSS but also now has to either shoe-horn his own changes into a negative margin or rewrite the previous changes making the previous effort a waste of time.

Learning how to use Magento's layout system will allow you to change placement of various page components more accurately and more predictably (especially for the next guy that works on the site). While it may depend on how your site is designed, finding the file: app/design/frontend/[your_theme/your_package/page/html/header.phtml (link to default file) will likely leave you with simply changing the position of:

You can likely just move that line in your template file to be the last line. 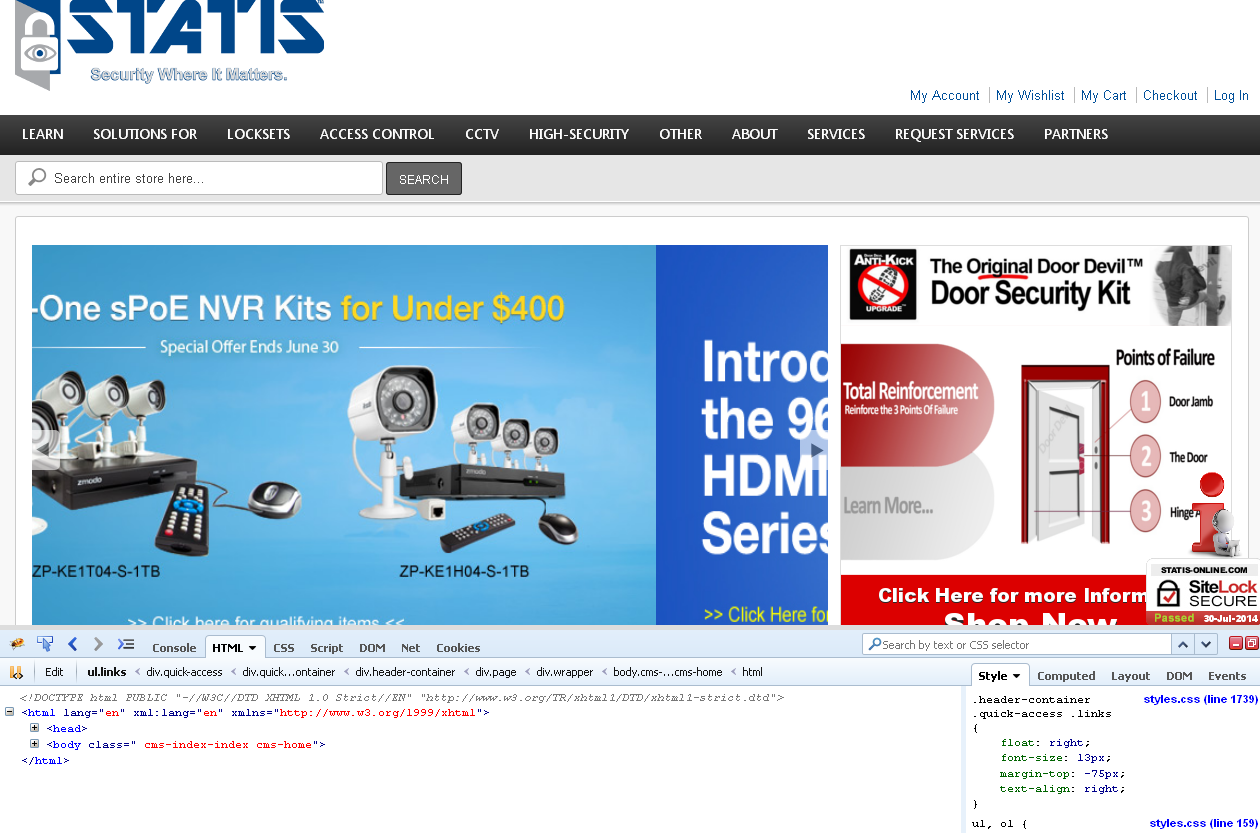 Open your theme's style.css file and search for the following.

Save and clear cache.

Not the answer you're looking for? Browse other questions tagged header or ask your own question.

0
How to add a Cart Icon to header?

1
How to move 'quick-access' div from header.phtml into topmenu.phtml?
1
How to move logo and search into header in RWD theme
1
Top header cart modification
0
Customize magento 2 theme
2
How add top-header above main menu?
0
Magento 2 : How to move the search box next to logo title [SOLVED]
1
How add a country selector in the header section?
0
How to move existing links and add new custom links in top header?