I use Magento 2 (Version 2.3.2) with standard luma theme. If i navigate the topmenu down to the 3rd level and hover over some category, that opens up the 4th level, i often cant reach the 4th level categories with the mouse, cause they always open up on top of the 3rd level window. If i try to reach it with my mouse, the whole menu closes. So in many cases i cant navigate to a 4th level category. 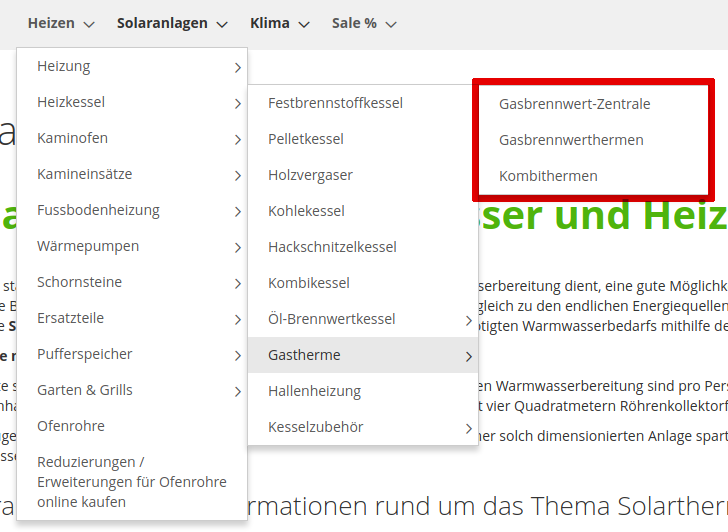 Searched all over the internet for this problem. It seems its not even been known so far.

I had the same problem and did tests with Luma and Blank Theme, also several Magento 2 versions. In my opinion it's a bug up to now not noticed, since all developers only use shorter menus / not so deep category structures.

After searching a long time for a solution and analysing code and css the solution is quite easy:

Put a more universal css-definition in /source/_extend.less (see other places on the web how to extend standard themes):

to make the submenus from level3 and lower (according to classes) align with their parent menus.

Hope this helps somebody not to waste as much time, as I did...

Not the answer you're looking for? Browse other questions tagged magento2 topmenu or ask your own question.