Magento 2: how to add css ONLY to custom module

I created a custom module that overrides the addtocart.phtml file. In that module, I also created a css file. Here is what I did:

Here is my layout - catalog_product_view.xml:

and then I put the style.css in /Vendor/Module/view/frontend/web/css

You cant make css visible only in a phtml file or only in a module because it gets loaded globally. However, you can continue to include it globally but limit the scope of its effect.

For example, you could add a css class to the outermost element in your template.

Then in your css, prepend all of your css like this

On another note, it's not best practice to include the css directly in the head the way you are doing it. That adds additionall http requests to an already heavy-on-requests page load. You should use LESS so it's compiled and included with Magento's css.

You can do so by including your code in Vendor/Module/web/css/source/_module.less. This file will get included automatically.

Update in response to question posted in comments. To add that css only for specific products: 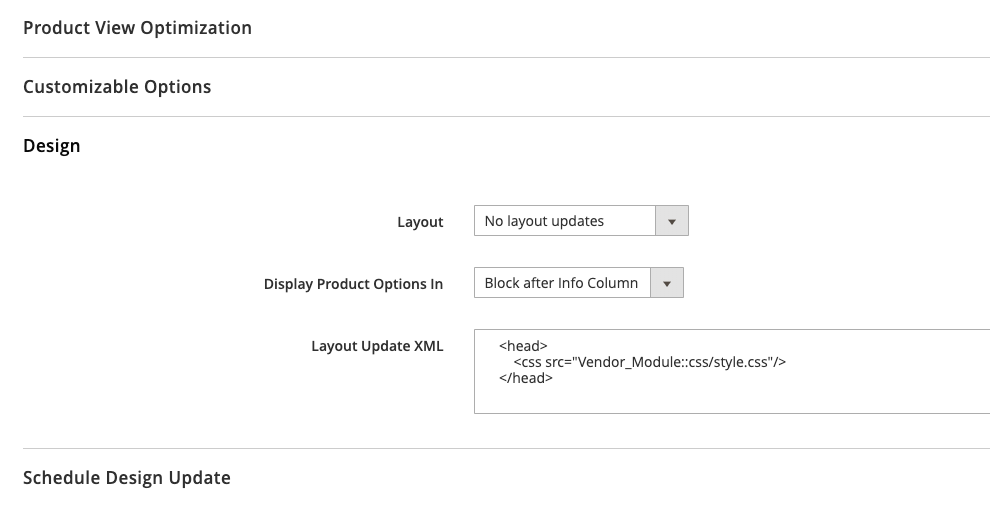 Not the answer you're looking for? Browse other questions tagged magento2 module css or ask your own question.

5
How can i rewrite TierPrice Block in Magento2
3
magento 2 captcha not rendering if I override layout xml
9
How to add Block Specific JS (and CSS) - The _right_ way?
15
How to "add to cart" a product with custom input field and save it to Database?
1
Catalog Category not loading with pager
1
Extend admin/login.phtml: Invalid template file
2
Magento2 Override Block - Invalid template file problem
1
Custom module creates 'Invalid template file in module' error
1
Adding a Style Sheet
0
$block->getNameInLayout returns block's name but for configurable product returns alias