Unblock your team by capturing collective knowledge that anyone can find.

“If there is one thing developers like less than writing documentation, it’s responding to unnecessary escalations […] and too many escalations wear down the developers.”

“We needed a better place to store all the questions and answers that people were repeatedly asking, and we discovered Stack Overflow for Teams.”

“We use Stack Overflow for Teams internally when onboarding new developers, and when new developers ask questions, everyone can benefit from the shared knowledge.”

I have cloned Magento 2 Image for Docker from here

but when I install It asks for so many permissions as from blow screen shots: 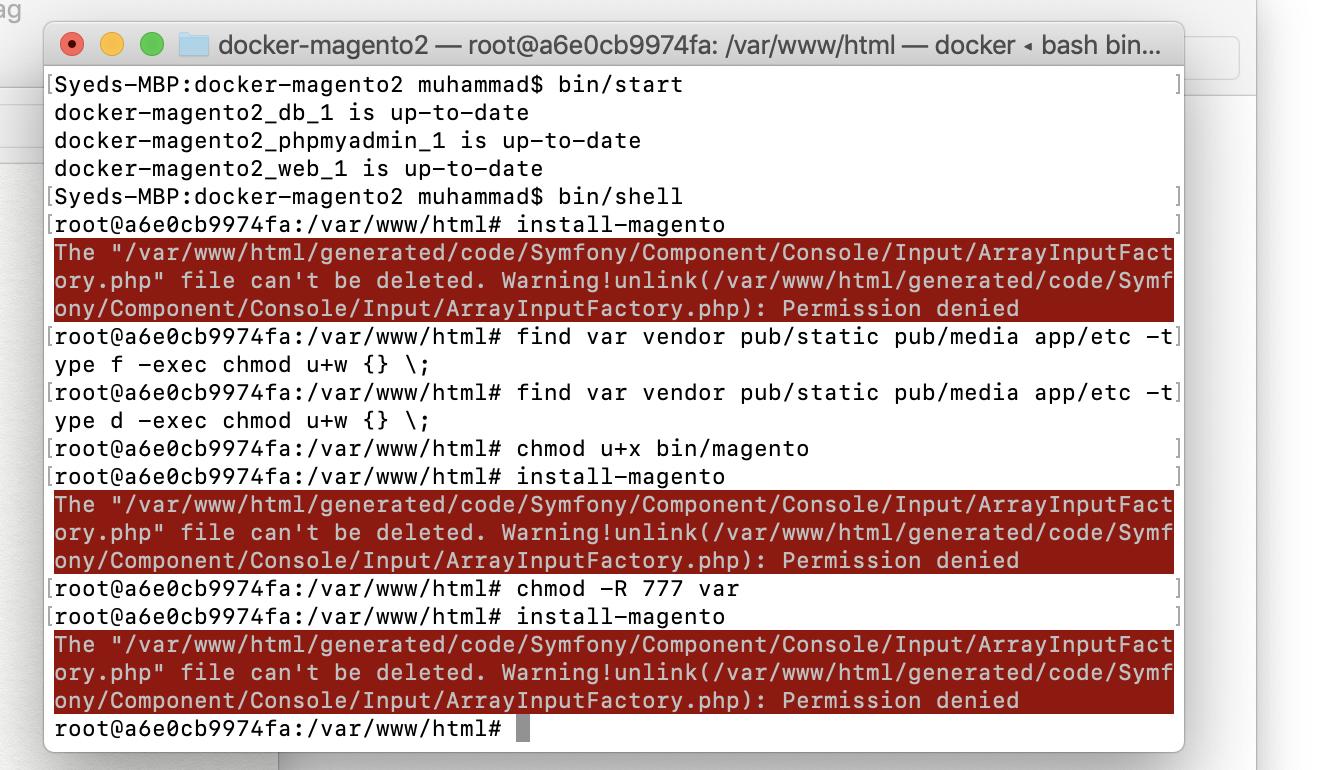 when I use sudo with above commands it says:

What should be the way out ?

Any help should be highly appreciated!

Please providing below permission to your local setup folder.

Not the answer you're looking for? Browse other questions tagged magento2 installation docker or ask your own question.