Frontend styling has disappeared, and I can't get it back

Disclaimer: I'm new to Magento 2 development as of Nov 2018, and new to development generally as of mid-2017. So I'm new to asking development-help questions too. Most of the time I can figure it out on my own. Please forgive me for anything I do that is something I should know not to do.

My problem: All styling is gone from my frontend (admin is fine).

When the problem started: When I was trying to add a custom font via an '_extend.less' file. (Creating this file and using it to make changes was the method that was being used in a tutorial I was following to make custom styling changes.)

(I have Magento set to Developer Mode.)

I have searched online over the course of 3 days for a total of around 10 hours for a solution. Just so you know I've really tried to figure this out on my own, the following are some things I have tried many (many!) times, and in many variations as to their order and combination (I'm pretty sure new developers do this a lot!):

'No styling' seems like such a simple issue, but I can't figure this one out. Any help would be greatly appreciated! 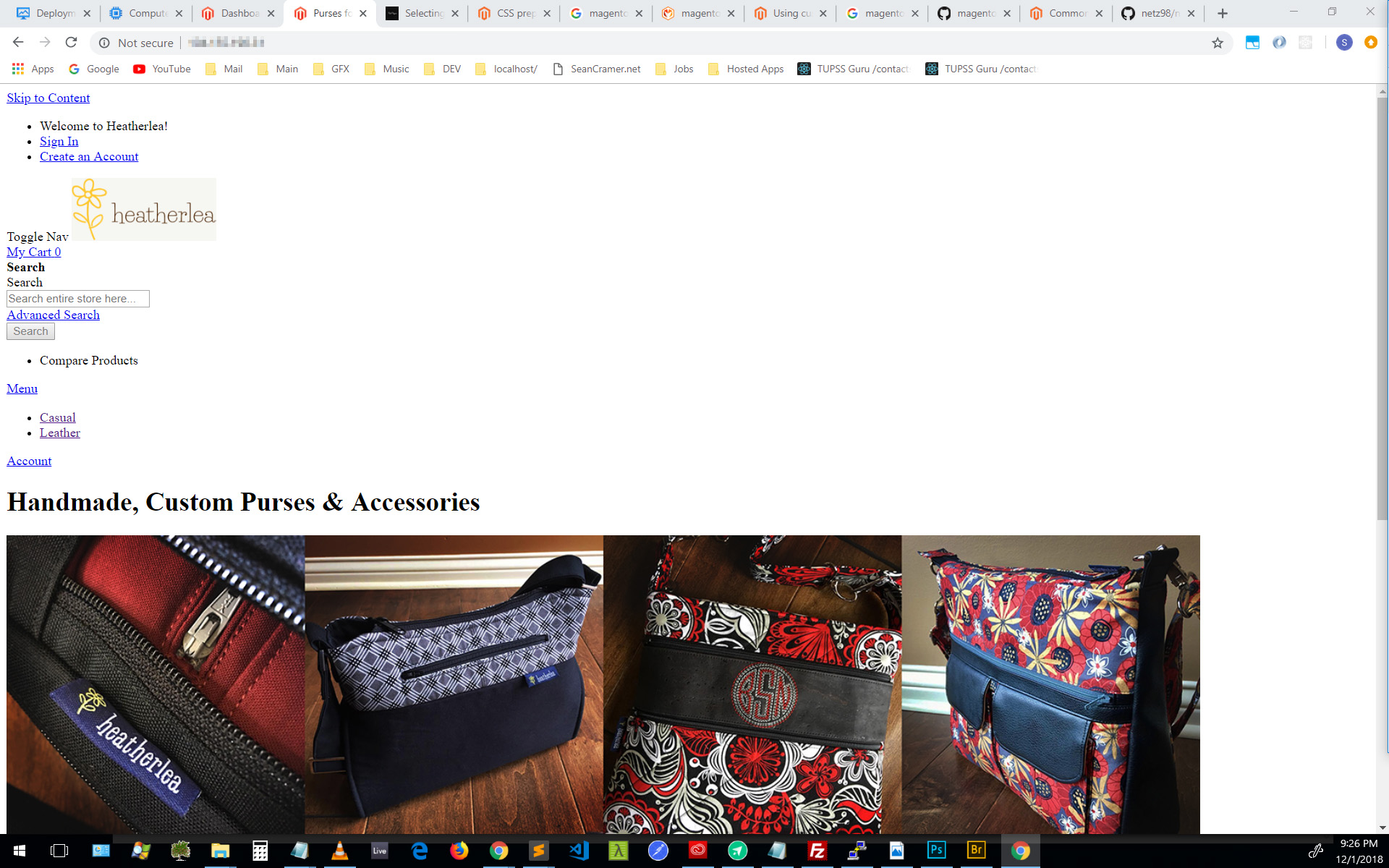 Like, If your frontend store in Germany then run below command.

de_DE use for frontend store and en_US for backend side.

I hope so it's work for you.

Check followings (Suppose you are in developer mode),

Well, I came up with a solution: start a new custom theme.

No, that's not the solution I was hoping for. But sometimes the best thing to do is abandon something if it's not working and start over. In my case, fortunately, I wasn't too far along with the first theme, and it didn't take long to get back to where I left off. So I can confirm everything behind the scenes is still working fine. There's just something with what I was doing before that broke, and I couldn't fix it. I don't like that, because if whatever caused the problem happens again, I'm right back at the same place again. I really don't want a recurring solution of 'start over' every time. But I feel I spent enough time trying to figure it out, so let's just move forward, and cross that [broken] bridge if we come to it again.

Thanks to everyone for taking your time to try to help.

Not the answer you're looking for? Browse other questions tagged magento2 css frontend less-css styles or ask your own question.

3
Magento2 - pub static css not found
2
Magento 2: Overiding Admin Theme not working in Production Mode with CDN [SOLVED]
3
Is there a fast way to flush cache and empty static folders using putty commands?
0
Magento 2 Error: Product disappeared on frontend, one store view only
2
How to Clear cache files for .less
2
How to clean cloudways Varnish cache after cleaning statics on magento 2 side
0
Enabling client side less compilation breaks everything, getting 404 errors and couldn't go back to server side compilation mode
3
Magento 2.4.1-p1 CE?: "main.ERROR: Can not resolve reCAPTCHA parameter..."